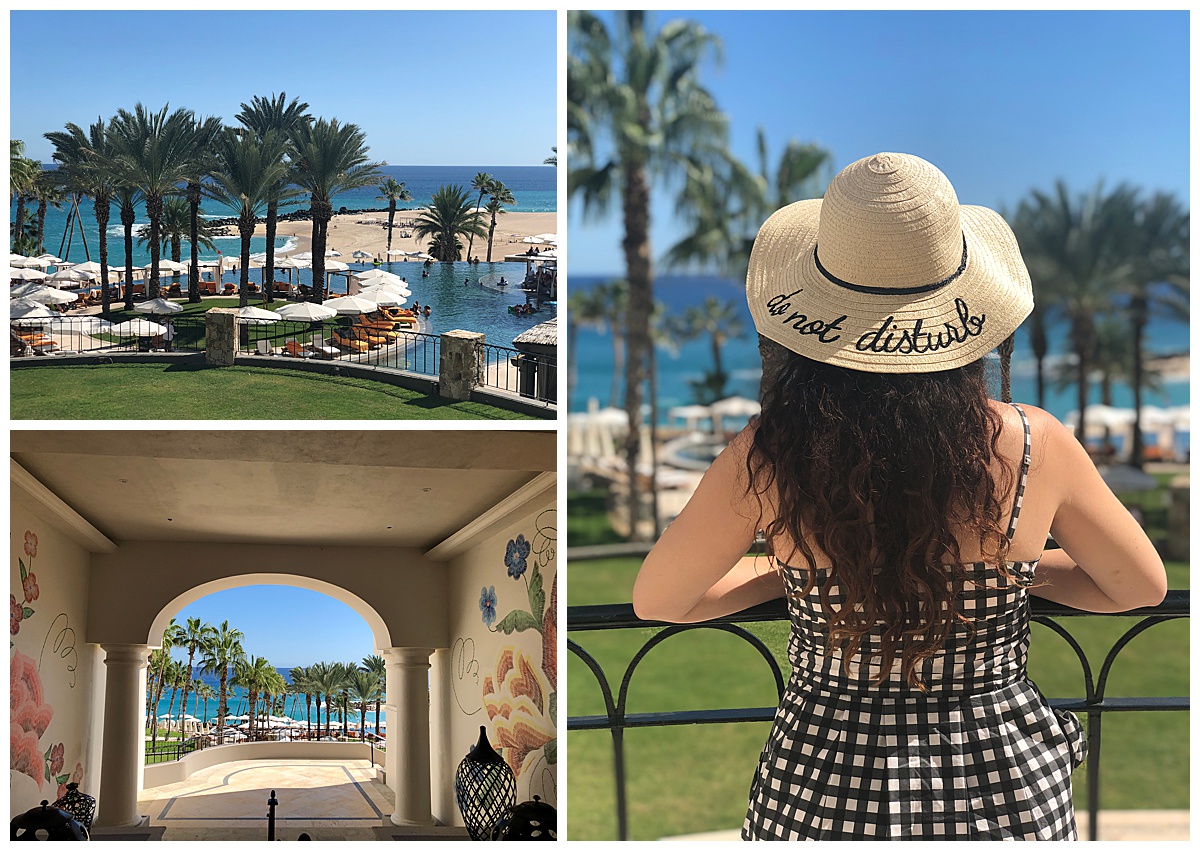 From Hola to Aloha we had a pretty epic honeymoon. We first went to Los Cabos Mexico-our first time to Los Cabos. I have visited Tijuana, Tecate, San Vicente, Santo Tomas, and Puerto Nuevo before, but never this far south in Baja California Mexico. This was exciting for me to get to practice español. My goal is to be 80-90% fluent in Spanish, so in 2019 I began taking conversational classes at Pura Buena Onda. I took Spanish in high school and college and have loved the language and the culture. Living in San Diego, I believe it is very important to be able to communicate effectively in Spanish since we are so close to the border. I practice any chance I can, and I have Spanish podcasts I often listen to while driving.

We stayed at Hilton Los Cabos which was between Cabo San Lucas and San Jose Del Cabo, so we spent the majority of our time in SJDC. Uber is available in the city but one of the hotel employees told me it could be leaving their city entirely in the future. Unlike San Diego, we could not get an Uber to pick us up from the airport, we had to take 1 of 3 taxi companies. On the other hand, you can Uber to the airport, so that is what we did on our last day. Our hotel was beautiful and tranquil. I loved that it was a beachfront resort, so if we wanted to go into the ocean we could walk straight from our hotel room down to the sand and into the water. It was a private beach too, so it was not crowded.

The staff was incredible! Extremely hospitable and kind-you can tell they really love their jobs. Before our arrival, I told the Front Desk that we were going to celebrate our honeymoon, so when we arrived in our hotel room, we were greeted with heart-shaped balloons, towel swans, and the words “Happy Honeymoon” in dried black beans. How creative and thoughtful! Every day our housekeeper left us a new towel animal.

Our favorite part of the hotel was the breakfast buffet. Each day they had different options mixed in with the standard breakfast choices. This was not just a warmed breakfast kept on chaffers you might get in a hotel that offers a breakfast buffet. In one of their restaurants, you had the option of a continental breakfast (complimentary for Hilton Honors Gold guests) or their breakfast buffet for a few dollars more. They had several options from loaves of bread, housemade jams, pastries, yogurt, cereals, potatoes, homemade tortillas, refried beans, omelets cooked to order, chile relleno, chicken, beef, etc. Every day they had a new hot food. The presentation was aesthetically pleasing too. Gourmet breakfast accompanied with a gorgeous ocean view-we were in paradise!

We pretty much stayed in the resort the entire time we were there (we stayed a total of 4 days). Normally I do not like to stay put, I rather go explore and sightsee, but it was so nice to just relax and not be on a schedule. We would wake up without an alarm, leisurely head down to breakfast and then decide what we wanted to do for the day. The hotel has a few restaurants, so that was convenient, and we just charged the bill to our room. One day we rented a cabana and got a side of guac and chips. My two favorite types of tired are Disneyland tired, and beach day tired. I love taking naps (who doesn’t like a relaxing recharge?) so it was extra relaxing to nap in a cabana with the soft breeze and warm sun on us.

When we did leave the resort, we went to their grocery stores which are amazing-it is called “Fresko” and “La Comer” both operated under the same hypermarket. These are like a combination of Vons and Costco. I like getting souvenirs at grocery stores because they are much cheaper than buying souvenirs at the hotel gift shop. We picked up a small ceramic pitcher and cup that said ‘Los Cabos’ on it. Fun fact about me-I love mugs and have too many at home, but any time I am on vacation, I most likely end up buying one. Sometimes I think one can never have too many coffee mugs. 😉 We also went to Walmart in Mexico-different than our Walmart for sure-for me it is always cool experiencing a different take on something familiar.

Here are some pictures from the art district we visited. I love bright colors and how Mexican culture has so many vibrant colors. My all-time favorite colors, even from when I was a little girl are pink, blue and purple. I had to get a picture of the Papel Picado in pink, blue and purple! We grabbed lunch at a restaurant nearby and the waiter was funny he took our picture. He said his nickname growing up was Mosquito because he talks so much.

Adios Mexico-until next time! Now for the Hawaii leg of our honeymoon. The reason we went to Mexico and Hawaii is that we first were planning to do 12 days in Mexico, but then I won a 2-night stay at the Hilton Hawaiian Village. So we decided to do a split honeymoon but because of flights changing out of nowhere on us, we had to change our dates around so it ended up being 4 days in Los Cabos and 8 days in Waikiki-which is fine because Mexico was so peaceful and tranquil, I think we would have been bored if we stayed any longer, and we lost one day to travel so it was about a week in Hawaii. This resort is HUGE! We definitely got lost on a few occasions.

My coworker described Waikiki the Vegas of Hawaii-and boy was she right! What a change from calm, quiet San Jose Del Cabo to bustling, commercialized Waikiki! I had been to Maui before, and I enjoyed it there because it had the Hawaiian country experience and then it had its this-is-just-like-San Diego-moments. Oahu, on the other hand, is the main hub for tourists and businesses. We still enjoyed ourselves of course, but definitely a different dynamic. The cool thing about this resort is that it is family-friendly. Not only a romantic getaway for honeymooners but also families with kids of all ages came to enjoy time at the resort. They have a waterslide and that was my favorite part of the hotel lol! I have always loved waterslides-and what can I say I am a forever kid at heart!

I love coffee and my husband does too. Not as much as me, but we do love a good coffee date. We had our first date at a coffee shop! Here we visited an eclectic coffee shop just a short drive from our hotel. It is simply called Honolulu Coffee. This location was the Honolulu Coffee Experience Center. I love learning new things and seeing how things are made. Remember Mister Rogers’ Neighborhood where Mr. Rogers would take us to Picture Picture to a cool factory to show how something was made? Also if you haven’t seen A Beautiful Day in the Neighborhood yet with Tom Hanks-go see it!! Okay back to the coffee center-they have a giant roaster in the middle of the room where it is sunken on the floor so when you walk in you are looking down into the machine. They also have bakers that you can watch that bake and design the baked goods. The whole coffee shop is almost like a coffee museum.

We used Uber again for the whole trip, except for one day when we rented a Nissan Frontier. I don’t use Uber much except for on vacation, but since we used Uber every day of our honeymoon, I leveled up to Gold with Uber’s new reward program where you can get discounts off your next ride. We took our rental truck up to the Dole plantation. This was a fun touristy thing to do. We rode the “Pineapple Express” and learned about how the Dole plantation came to be. Did you know the pineapple is the symbol for hospitality? After we finished at the Dole plantation, we grabbed street corn and coconut water. We were laughing that we had such a hard time finding elote (street corn) in Mexico, but found it more in Hawaii! What are the odds?! We did get elote at our hotel in Mexico though after we went out and went to two different places to find it.

Here for breakfast, I got the equivalent of an Egg McMuffin but with Taro bread! So yummy. The good Lord knew what He was doing when He made carbs. Most of the Hawaiian meals we had were pretty much what we eat in San Diego, but I did enjoy trying some authentic Hawaiian cuisine. Our hotel’s breakfast buffet was good (not as outstanding as Cabo though) and we enjoyed the Asian-Hawaiian fusion hot breakfasts they had.

What else did we do? We visited the Oahu Walmart a few times to get food, souvenirs and such. That was an interesting place…they had so many items locked behind glass and cameras in unimportant aisles due to theft. 🙁 We visited some bakeries that had excellent Yelp reviews. We tried Liliha, Leonard’s, and Lappert’s. The Poi Mochi donut from Liliha’s bakery was delicious. We walked around downtown Waikiki in the shops and walked to the Waikiki Aquarium, and an old historic hotel called Moana Surfrider. That was fascinating to see the hotel with some relics from the past. I am telling you history is insanely cool. We snorkeled a Hanauma Bay-I enjoyed the drive up more than the activity itself lol. Our driver was super awesome and shared his life testimony with us and how he came to know God! It was such an encouragement and a breath of fresh air as we didn’t get in any church on our honeymoon. Snorkeling is not for the faint of heart-and it didn’t help my mask kept filling up with water and my breathing tube was stabbing my gums-but we got a good deal on it haha. The fish we did see were stunning-I truly love sea creatures and being around nature. It is super epic being around creation and trying to fathom the Creator behind all of it. 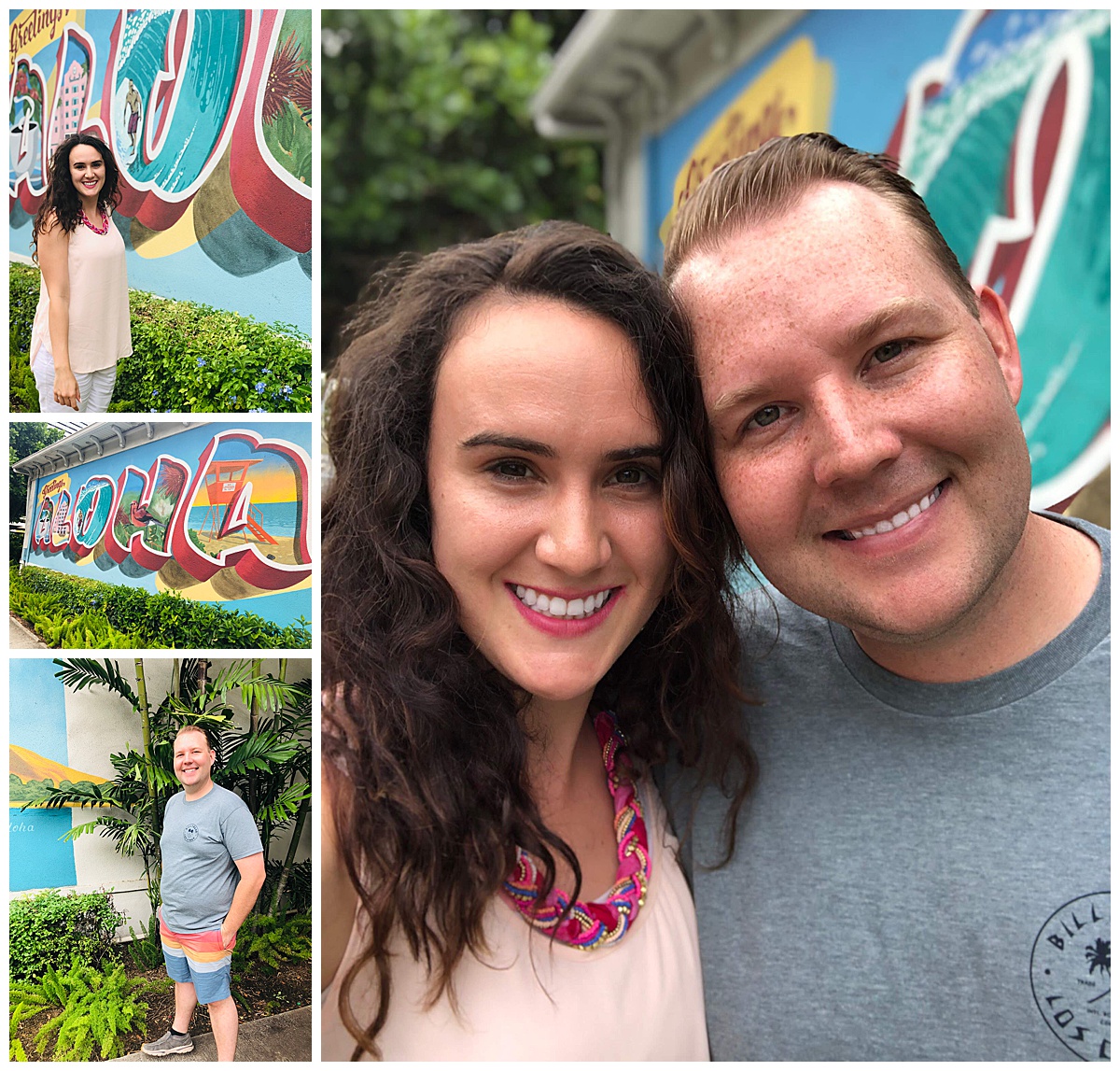 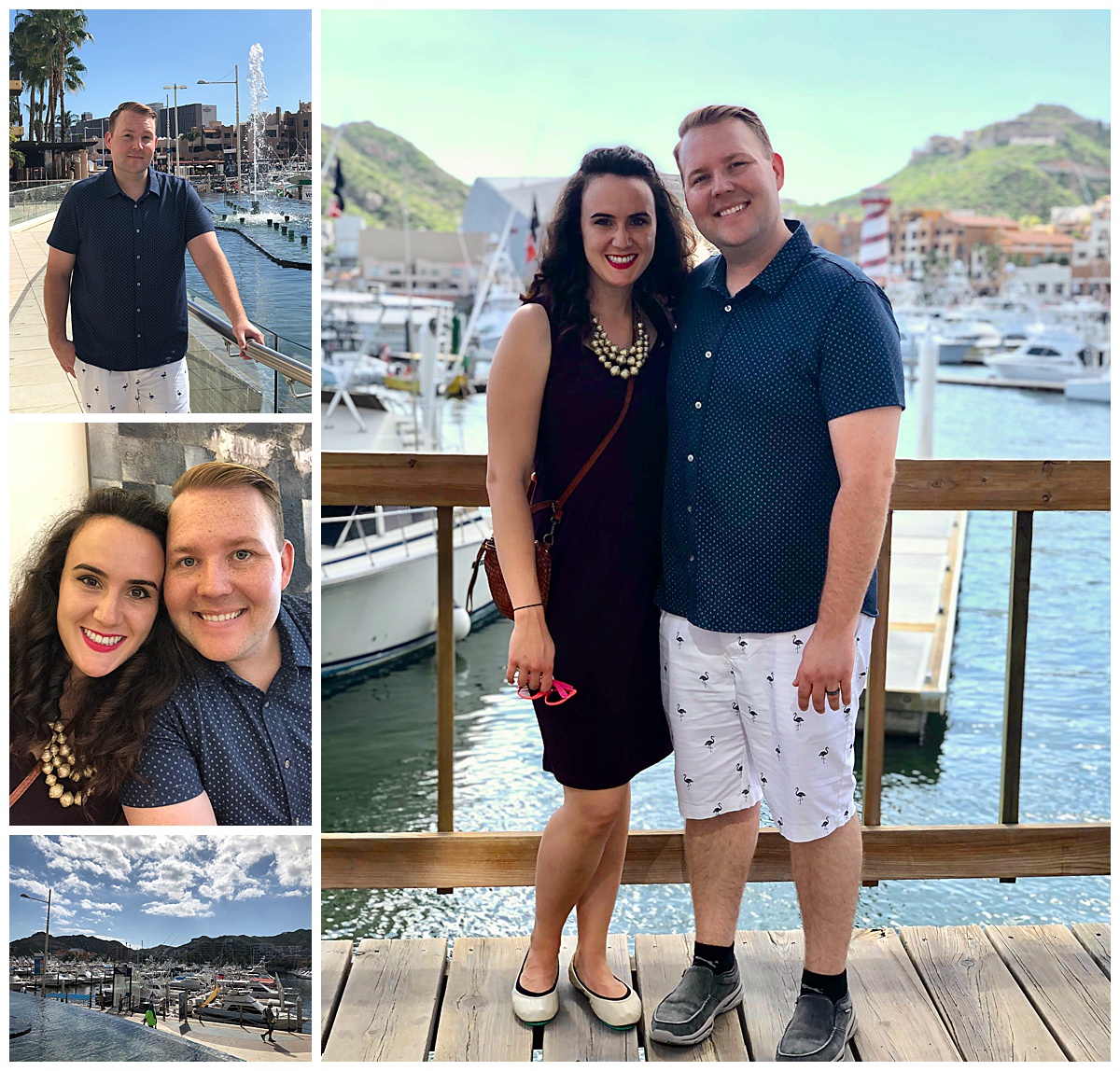 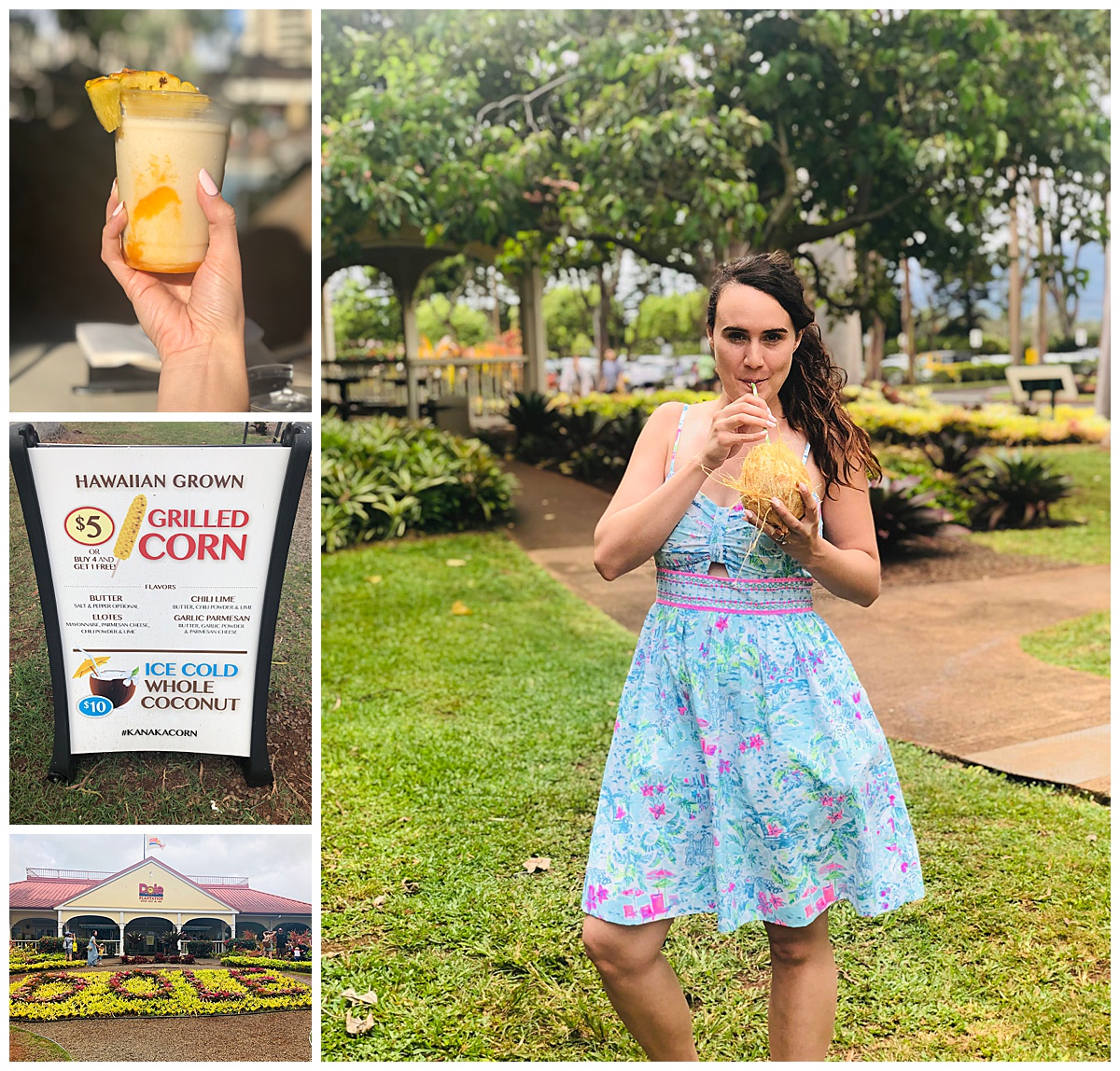 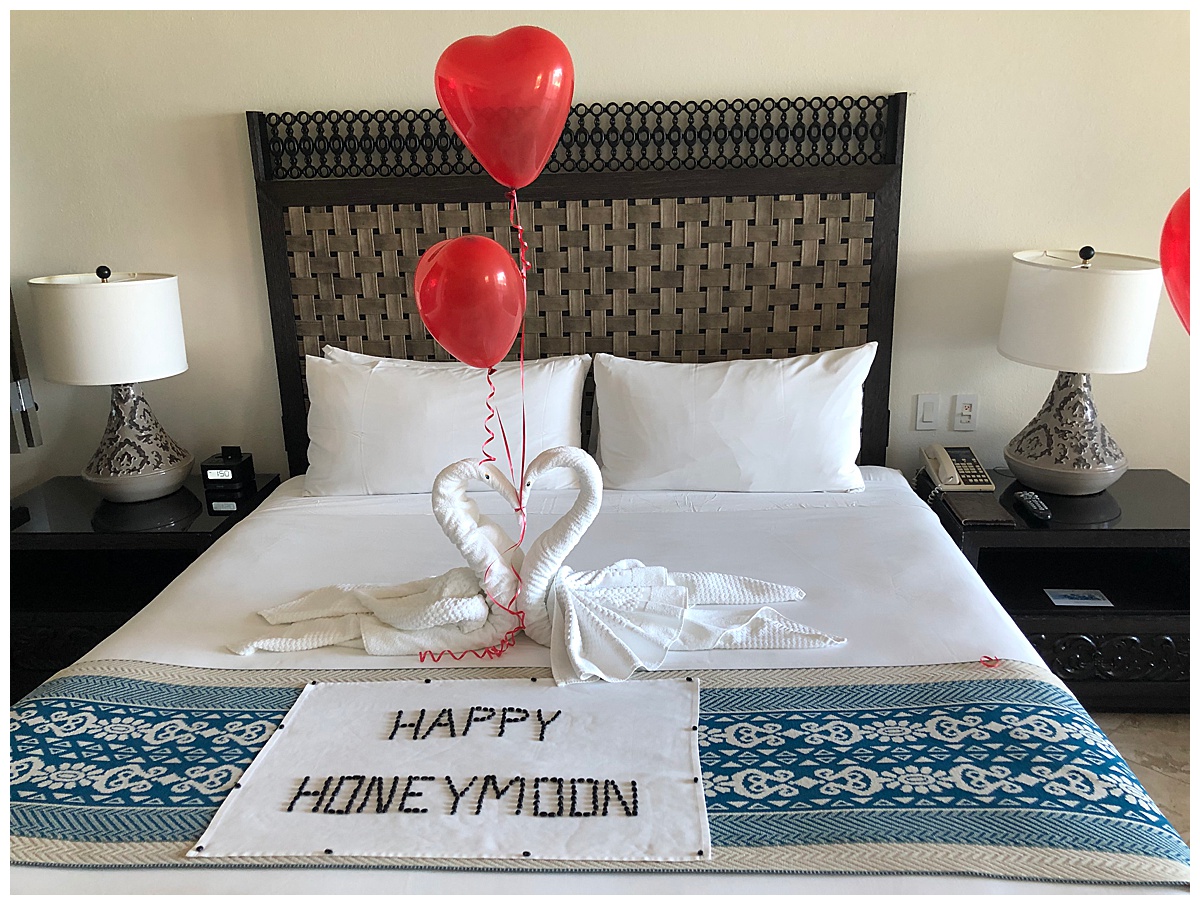 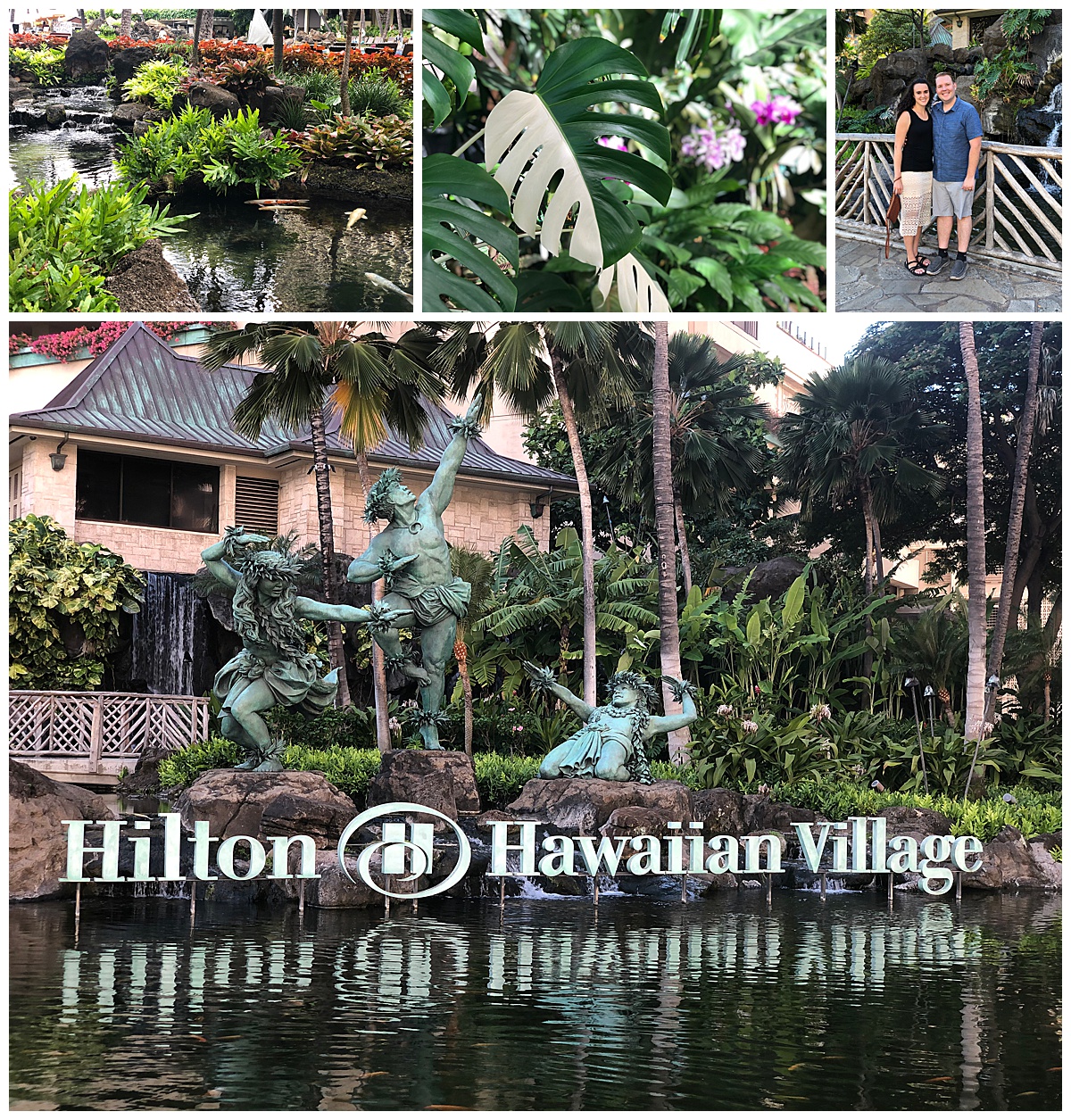 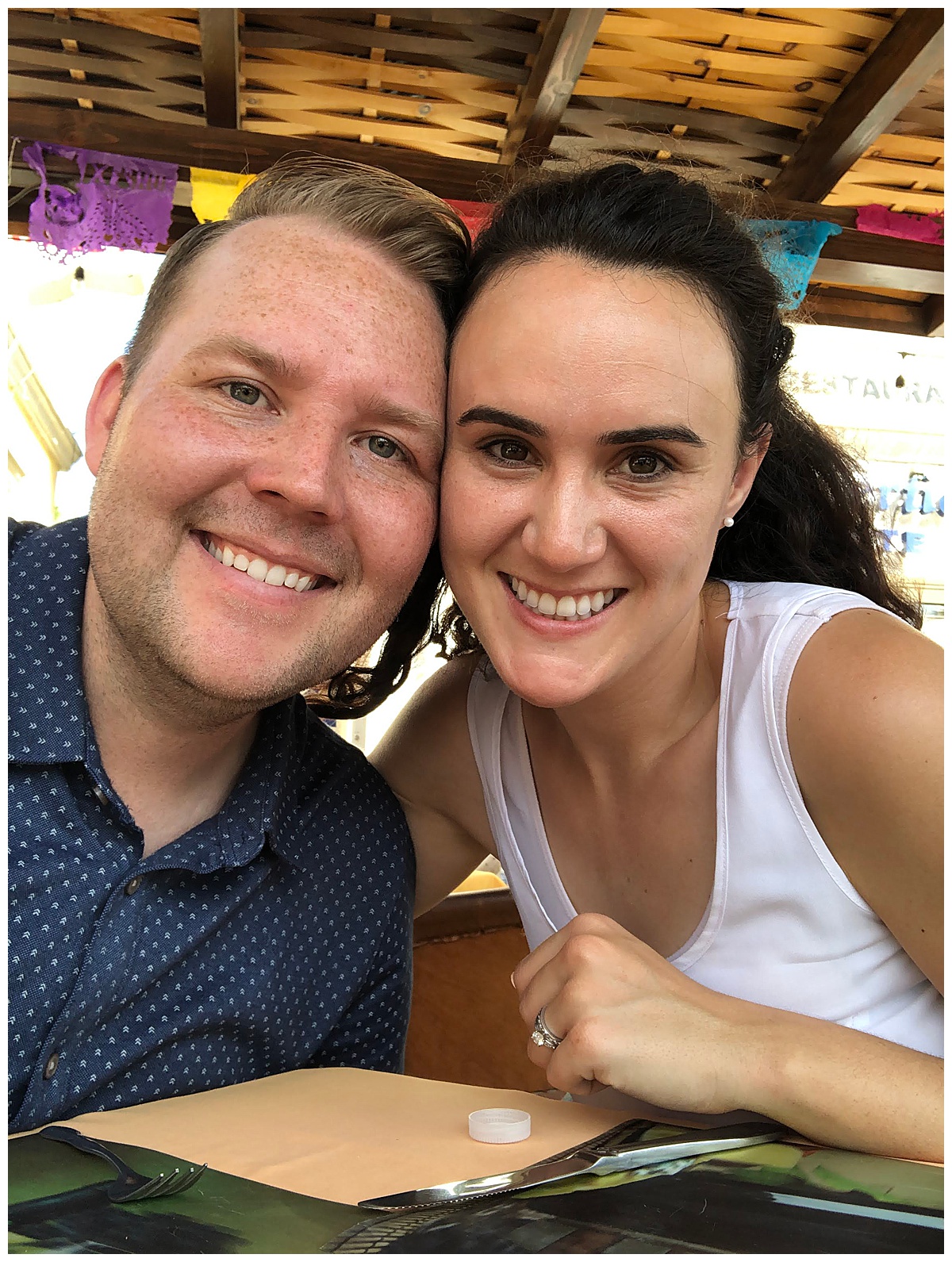 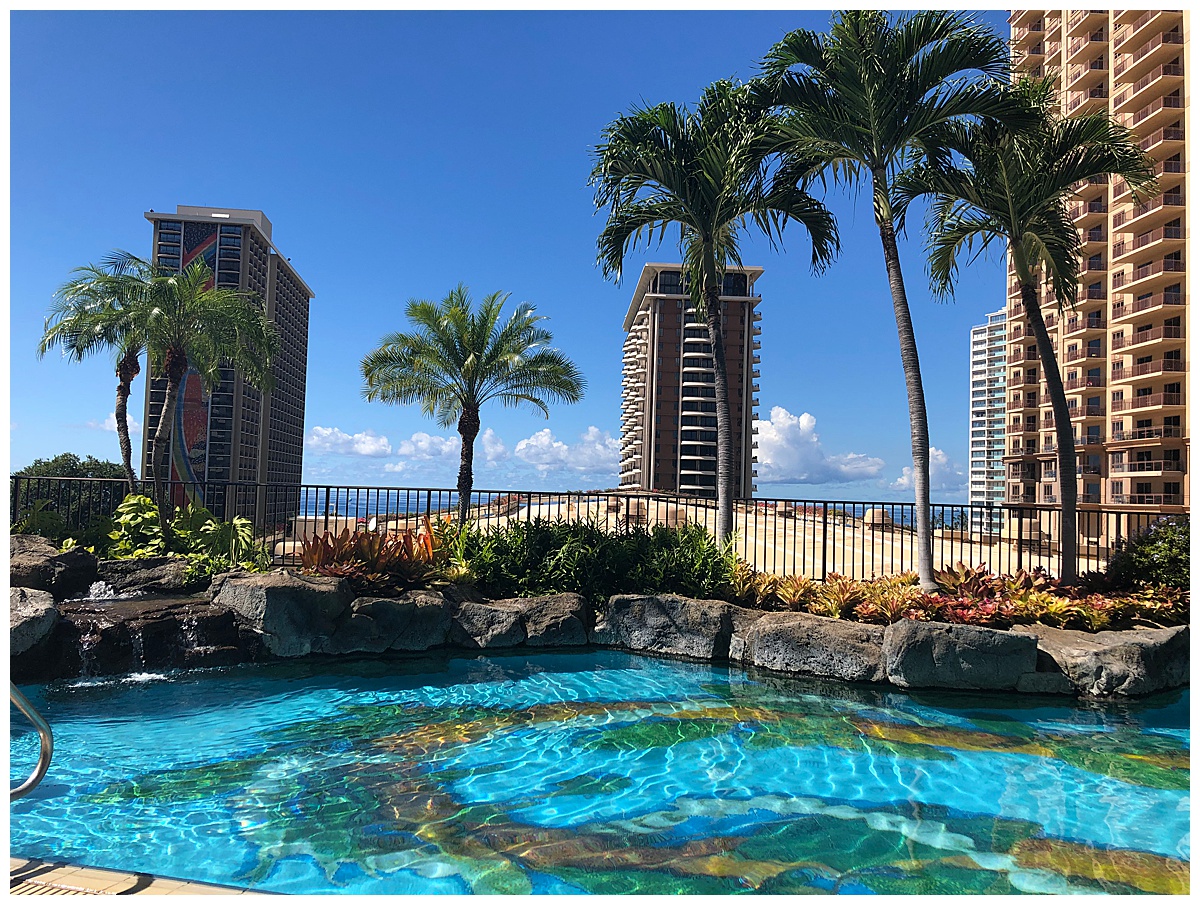 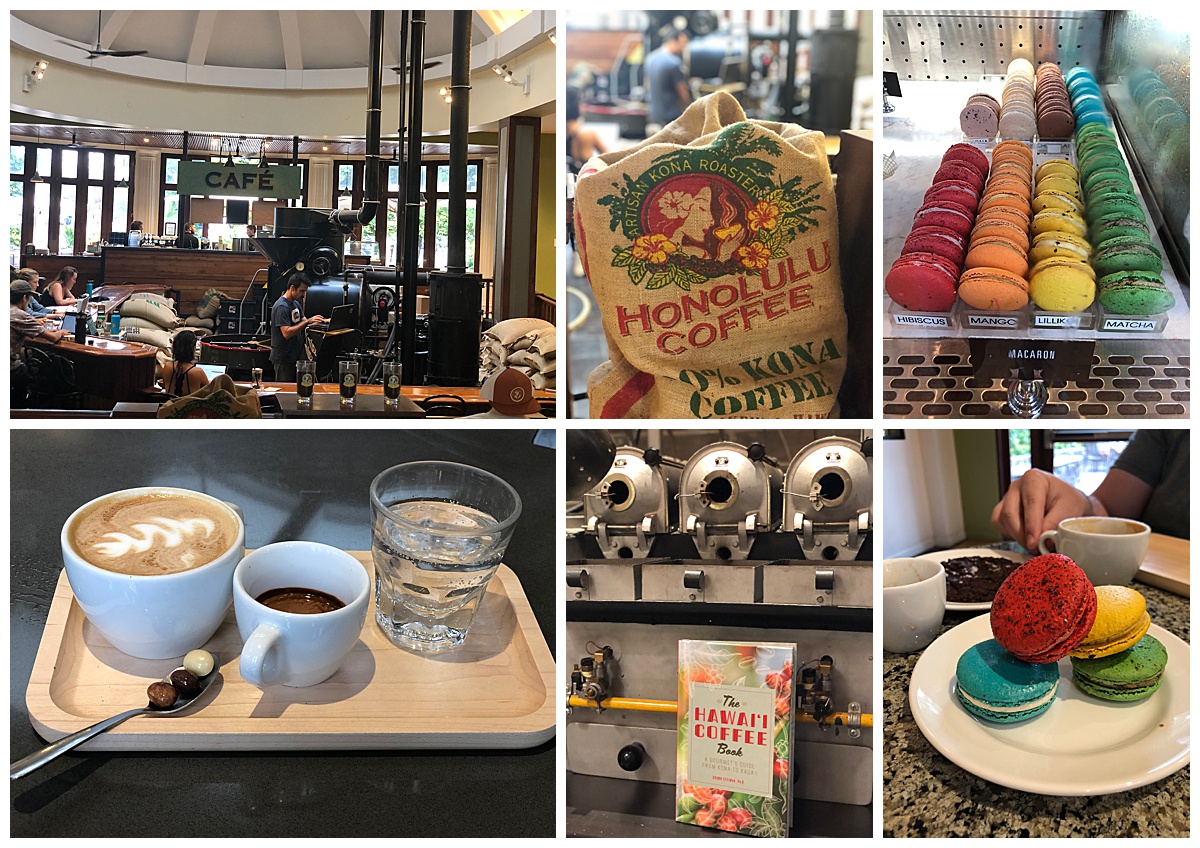 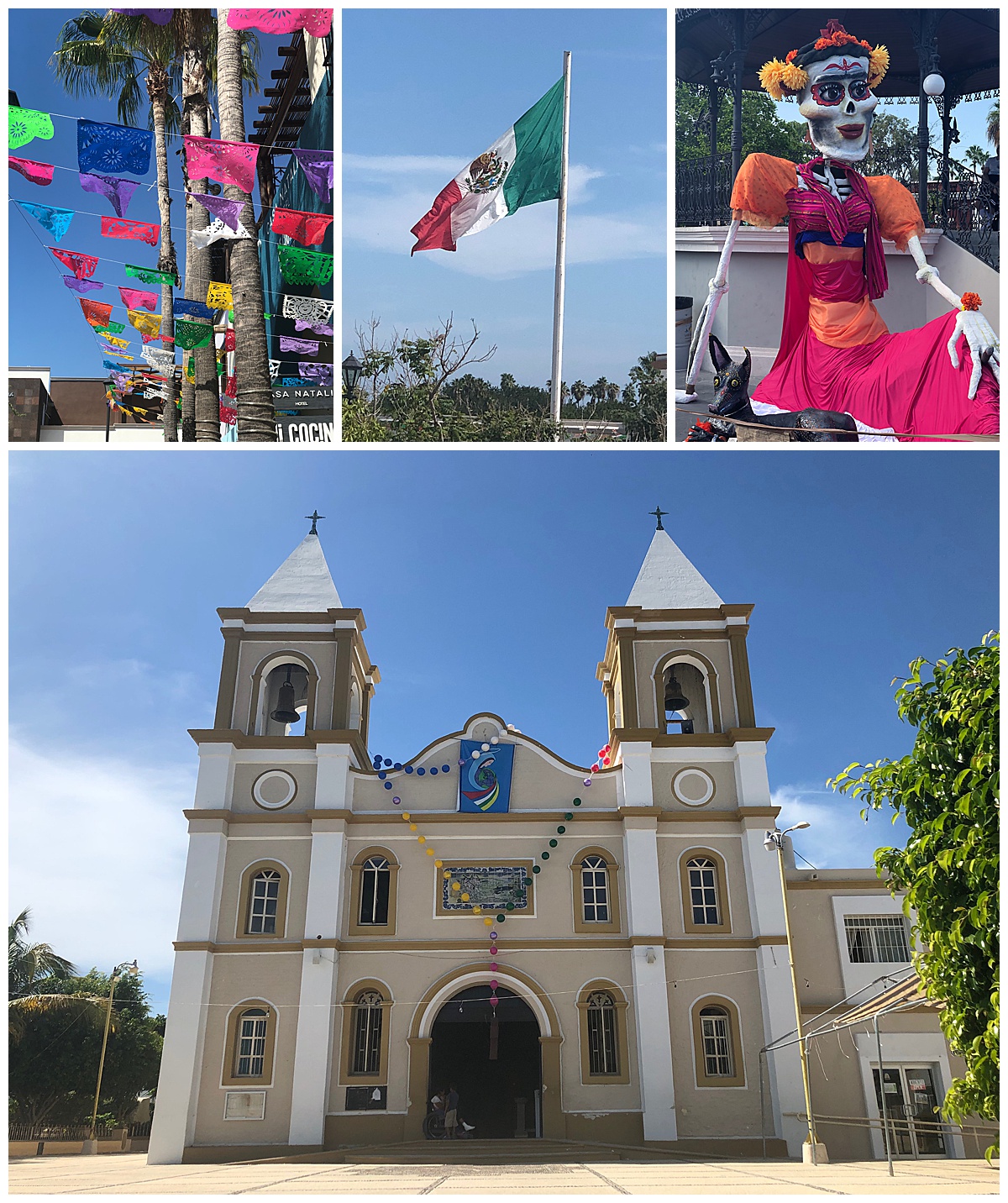 No items found.
Posted
This is some text inside of a div block.
in
Text Link
category

Join Our Newsletter and Get the Latest
Posts to Your Inbox

The Impact of Kindness on Others 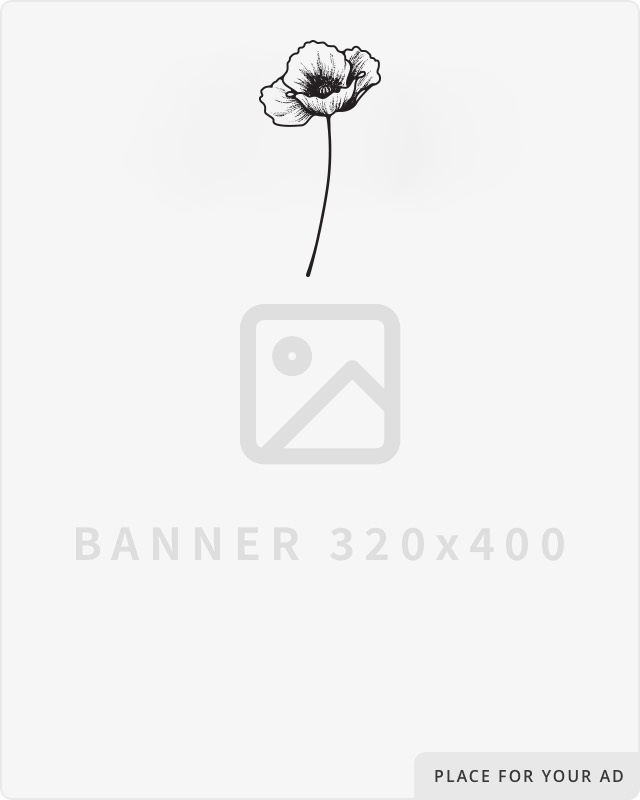 Each day is a gift, whether good or bad, there is something learn from it. Hoping to share that with the world one blog post at a time.

Choosing The Best Vacuum For Your Home

Be the first to see the latest releases, exclusive discount codes, giveaways and more!